Motherhood is not for the faint of heart. Mothers are continuously required to handle high levels of stress. Taking care of little ones means that mentally and physically, they have to be vigilant 24/7. Motherhood has no commercial breaks, no holidays, no vacations, and basically, no “off” button. Stamina and endurance are essential to keeping some sanity intact.

But how do we achieve that stamina? The proverbial saying, “You can only pour from a full cup,” aptly applies to all mothers. And if that cup is full of Ceremonial Matcha even better. Because in the world of superfoods, Matcha could certainly be king.

As mothers, we continually lack either time or energy (and most times, both). As an energy-boosting super food, Matcha is the perfect complement to motherhood. It can help us reclaim our unique mom energy (aka ‘momergy’) and fully pour our love, care, and support from a full cup.

So how can moms successfully harness the power of Ceremonial Matcha to better navigate life as a mother? Here are 3 ways this amazing green elixir will supercharge you.

Sleep is the first thing that goes out the window during most of those early years of motherhood. It is not that it is entirely non-existent. But achieving restful, restorative, and continuous sleep becomes challenging. Those first years see us walking around like zombies, tackling the days in a haze of sleep deprivation. Our bodies and minds are continually exhausted. caffeine becomes our best friend, allowing us to soldier through those long (sleepless) nights and long demanding days.

Caffeine in the form of coffee is one of the most popular choices. Even though coffee consumption is linked to many benefits, it may also bring about a negative cycle of disrupted sleep. When sleep DOES happen, it fails to achieve the deep sleep stages that bring restorative rest. Also, coffee consumption very rarely comes in moderate amounts. The recommended daily amount for caffeine is between 300-400mg for a healthy adult with no medical issues.[1] (This amount can vary according to a person’s body weight).

With higher use comes an increased tolerance for caffeine, so more of it is gradually needed to get the same energy-boosting effects. The average coffee cup bought from any establishment has around 70mg to 185mg, so it is easy to see how quickly one can consume above the recommended daily limit enjoying a coffee while out and about.

By comparison, Matcha’s unique combination of Caffeine and L-theanine make it a compelling choice for mothers over coffee. As stated previously, caffeine in and of itself has several benefits.

For example, the U.S. Navy Seals are considered one of the most elite forces in the Army. They must pass some of the most rigorous training on the planet to earn the coveted title. Studies have used these soldiers as subjects in analyzing the effects of caffeine during exposure to severe levels of stress and sleep deprivation, among other factors.

These studies have concluded that even in the most adverse circumstances, moderate doses of caffeine can improve cognitive function, including vigilance, learning, memory, and mood state.[2]

Unfortunately, coffee also displays some adverse effects that for an already over-taxed mother, might create a downward spiral of energy. Increased anxiety, high blood pressure, and the jitters are some of these undesired side effects from coffee. And if more than the suggested amount is consumed and done at non-optimal times, it can also lead to sleep problems, gut health issues, and other factors.

L-theanine is an amino acid that is known to slow down the release of caffeine into the body. And this is where the energy-boosting magic happens.

When L-theanine and caffeine come together as they do in Matcha, they help promote what is known as ‘calm alertness.’ L-theanine inhibits and moderates caffeine’s harmful effects (the ‘jitters,’ high blood pressure, and anxiety) while enhancing some of the benefits like cognitive performance. One serving of Matcha is about ½ tsp, which has around 35mg of Caffeine, which is well below the recommended daily limit. The caffeine in Matcha usually lasts about 4-6 hours in the body because the L-theanine helps release it slowly into the bloodstream. So enjoying two to three cups daily, ideally, before 2pm, will most likely not interfere with sleep.

By regularly consuming Matcha, mothers (and anyone for that matter) can reap the following benefits: increased attention and focus, staying focused when switching tasks, improving reaction times and working memory, and reducing errors. Plus, a growing body of research indicates that L-theanine and caffeine can have positive, uplifting effects on mood.

Matcha is also an antioxidant powerhouse. Antioxidants help our body’s cells by limiting free radical damage, leading to oxidative stress and inflammation. And these are not just any antioxidants; they are a specific type of polyphenol compounds called catechins. Matcha is high in a particular type of catechin called epigallocatechin gallate (EGCG), which helps the body fight cancer[3], prevent heart disease, and type 2 diabetes. These are three of the top ten leading causes of death in the U.S.[4], so it is not an insignificant benefit.

Matcha is also an alkalizing food, whereas coffee is acidic. One of the secrets behind increased energy levels is in what we eat daily. Therefore, it is essential to focus on eating nutrient-dense foods that are also alkaline. Plus, the Matcha plants (Camellia sinesis) are grown covered for several weeks of their growth cycle to increase chlorophyll production. Because chlorophyll is chemically similar to hemoglobin- an essential protein in red blood cells- it helps carry oxygen supply to the body’s tissues.

And that dreaded ‘mommy brain’ that many consider science fiction? It is real and backed by science. Early studies suggest that EGCG from Matcha may improve the brain’s neurological cell function and prevent brain degeneration. Regular consumption of Matcha also has relaxing effects on the brain by increasing serotonin, GABA, and dopamine levels. It also raises the brain’s alpha frequency. This alpha state is a brain wave pattern of 9 to 12 cycles per second and is described as being relaxed and peaceful. Many mothers would be on board cruising through their days this way.

“I’m exhausted” has seemed to become the de facto slogan for motherhood. Most mothers are so drained that even a quick workout is too much to try to attempt. The good news for anyone who needs a boost and most especially for moms lies in Matcha’s thermogenic properties, which help rev up the body’s metabolism.

Thanks to its unique EGCG catechins, Matcha helps increase the body’s heat and energy levels between 35-43% than usual[5]. In addition to L-theanine and caffeine’s magic combo described above, one single cup of Matcha can keep you alert, calm, and focused anywhere from three to six hours due to its sustained energy boost throughout the day.

As a bonus for anyone who has weight loss as a goal, consuming Matcha before exercising can help the body burn more calories- up to four times more per workout session. Just one serving of Matcha is sure to boost energy and provide endurance. Matcha has virtually zero calories making it the ultimate “energy drink.” Regularly incorporating Matcha into any workout routine allows for better muscle toning and fat burning. Ideally, Matcha should be consumed 2-3 times daily, and one serving should be 30 minutes before a workout.

By consuming Matcha before working out, mothers can reap the benefit of raising endorphin levels, increasing and sustaining energy for several hours, while maintaining overall alertness and enjoying an enhanced mood.

Further, consuming Matcha post-workout – with a little coconut water and protein if you wish, can aid in hydration and recovery after exercise.

The best way to go about choosing Ceremonial grade Matcha is to determine the authenticity of the tea. Blissful Life Co, for example, who works directly with local Japanese farms, is the best bet. They can ensure that every step of the production process is reliable and rigorous to guarantee purity. Making sure that the origin is from Japan is essential. The Matcha also has to be shade-grown, stone-ground to achieve its powder state, and use exclusively tencha tea leaves.

Even though some people are afraid of Matcha’s caffeine content, many other products contain similar caffeine, like tea, energy drinks, and chocolate. The difference is that Matcha is far superior as an antioxidant powerhouse and is healthier than other caffeinated beverages.   This is because it contains the highest amount of antioxidants (EGCG) as the entire tea leaf is used, resulting in more significant antioxidant content compared to other caffeinated drinks.

Accordingly, it purifies the body and leaves it free from any impurity that makes the body feel sluggish or weak.

For pregnant or breastfeeding moms, Matcha’s 35-70mg caffeine levels per cup are below the 200mg daily limit allowed (especially for pregnant women). By keeping it to one cup a day, mothers can still reap many benefits from this potent drink. *

If, as a mom, you feel your “cup is empty,” serve yourself a cup of this incredible superfood. Start harnessing the fantastic benefits of Matcha to up-lift your motherhood journey and fully enjoy the ride. Someone once said, “You can’t buy happiness, but you can buy Matcha, and that’s kind of the same thing.”

*Please consult with your doctor or primary physician first.

View all posts by Iva

16 Replies to “Move over Coffee, why Ceremonial Matcha is the Best Energy Booster for Moms” 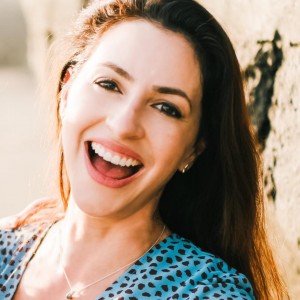 Hi, I’m Iva! Nice to digitally meet you. Here are some fun facts about me: